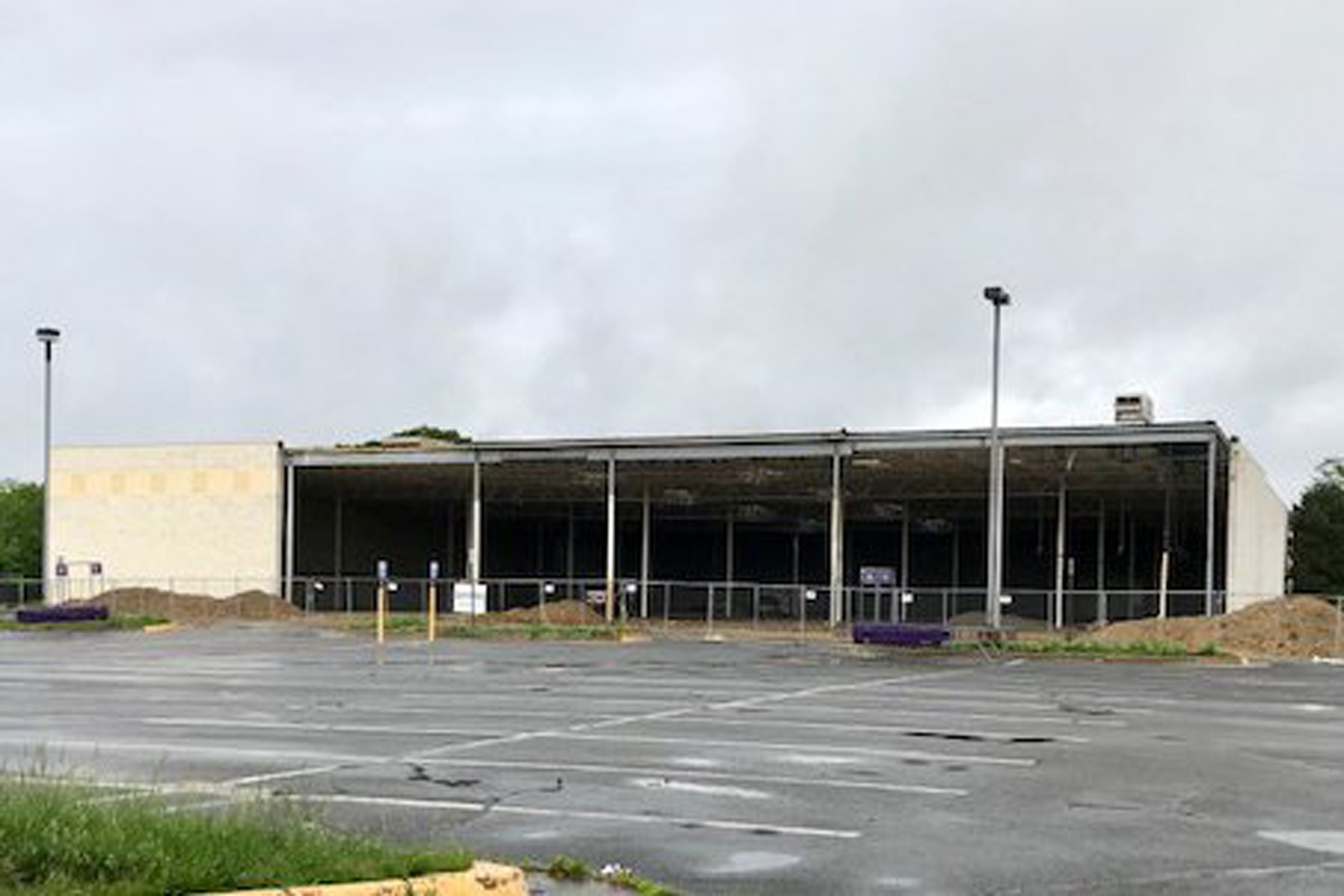 Frontier Building Corp. has started demolition on the former Babies ‘R Us in the Baileys Crossroads area and will replace it with an ALDI’s and additional retail space.

Babies ‘R Us, at 5700 Leesburg Pike (see map below) closed as part of the national Toys ‘R Us bankruptcy proceedings.

ALDI is in the midst of a significant nationwide expansion, spending more than $5 billion to expand and promising more than 2,500 stores open in the United States by the end of 2022. ALDI is headquartered in Germany and is known for discount products.

The new project will encompass more than 22,000 square feet of retail space. The other retailers have not been announced yet.