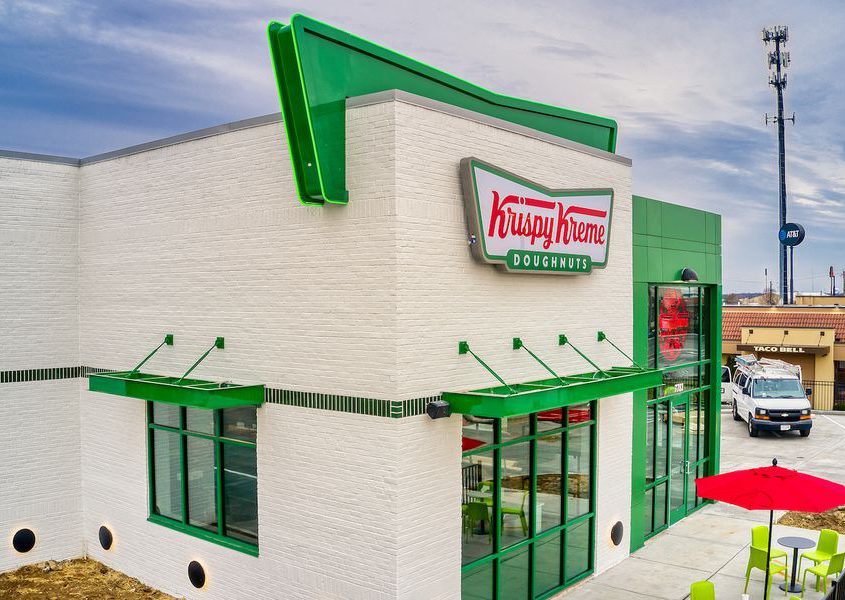 Construction of West Chester’s first Krispy Kreme is complete, and the opening of the doughnut business appears to be imminent.

A spokeswoman for the business said no opening day has been announced for the location at the Tylersville Pointe shopping center, 7783 Tylersville Road.

The doughnut shop was built from the ground up on a 30,753 square-foot outlot at the Tylersville Pointe shopping center. FRONTIER Building oversaw the development of the 3,596 square-foot-project that includes a drive-through and 27 parking spaces.

Krispy Kreme is part of a $14 million renovation project that added a handful of new businesses and provided additional space to some of its existing tenants.

Tylersville Pointe has 8,000 square feet to the east side of Big Lots, which allowed the chain to carry out its new “Store of the Future” format, according to Bill Mees, director of development for Midland Atlantic, which purchased the shopping center in 2018.

The Twin Dragon restaurant next door to Big Lots got a full facelift and a new Ross Dress for Less department store moved into a newly constructed space next door, according to marketing material for the site.

Tylersville Pointe, formerly known as Kingsgate Plaza, had been under the same ownership for about 30 years before Midland Atlantic purchased it in 2018, Mees said.